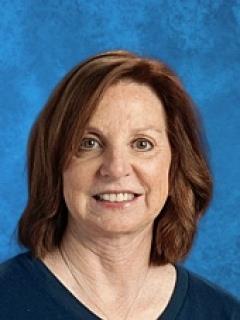 This first story is from Martha Brown.

“Each grade level harvested potatoes from their garden bed and donated their potatoes to the Salvation Army, Irving chapter. We kept a chart totaling each grade level’s collection and used fractions when appropriate. We were trying to add up what we had collected so far, and one group of third graders were struggling with adding 4 1/2 pounds plus 6 3/4 pounds. We went back over to the scales and weighed 1/2 pounds in potatoes. We took those potatoes off the scale and then weighed out 3/4 pounds. Once we determined we had 1/2 and 3/4 pounds we put 3/4 pounds on the scale and added the 1/2 pounds one potato at a time. Learners saw the scale reach the 1 pound mark and then instantly knew it was going to go to 1 and 1/4 pounds. These learners understood more deeply about how to add fractions than if they had just been working with pencil and paper. The real world experience of weighing vegetables gave them such a valuable lesson. This group reworked their original problem and were able to solve it. We continued on to weigh our onions in ounces after that with student success!”

These next two stories are from Alison Wilkinson, shared by Martha Brown”

“Alison had given her 3rd grade dual language learners a brief lesson in the classroom on the properties of matter but knew some of her learners were struggling with the vocabulary. Alison took her class to the outdoor learner area and followed a REAL School Gardens lesson on the properties of matter. After the students collected about 15 solids in baggies with a partner, Alison modeled how to sort one of the baggies describing the properties of the objects as rough or smooth. It was then the learners turn to sort as they saw fit. Alison saw her struggling learners use the vocabulary words “properties” and “matter” correctly in sentences. Her students were extremely excited and found other ways to sort their objects. One group showed her their sort by manmade and things found in nature. They were very pleased with their work. Alison extended the lesson by having each group take a picture of their sort. She brought it back into the classroom and each group shared their picture and the class had to guess their sort. Alison said her class truly grasped the meaning of properties of matter after being outdoors with the lesson and asked if they could collect different objects on another day.”

“Alison presented a lesson on sound energy to her class in the outdoor learning center. She wanted her class to have a better understanding of what sound energy looked like in everyday settings while understanding vocabulary such as pitch and volume. She modeled with a student partner the way they would look for sound in the outdoors. She and her partner recorded a video with sound only on the iPad, crumpling leaves together. They then took a picture of the crumpled leaves with their iPad. Alison and her partnered described the sound as a medium pitch and low volume with crackling sound. At that point the dual language partners found their own objects and recorded sound and took pictures. They then took turns and let the class try to guess their sound by describing it’s pitch and volume and other sound attributes. The class was excited to see who correctly guessed when the partners shared their picture. The learners loved this lesson and struggling learners quickly caught on how to use the words pitch and volume when describing sound.”