by Alison Risso | May 5, 2020 | Teacher Appreciation, Teacher of the Year Compilation page 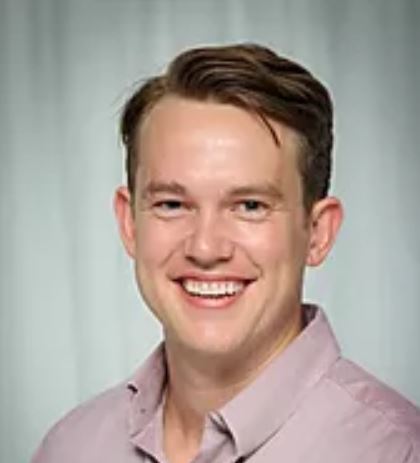 Out Teach is pleased to honor Mr. Cassidy Woodall as the Teacher of the Year for our Texas Region!  Mr. Woodall has worked closely with our instructional coach Sammy this year to regularly utilize the outdoors on his campus as a vehicle for experiential learning.  According to his teaching philosophy, he is passionate about ensuring every student that leaves his classroom “has the tools they need to excel in the real world” by addressing not only their intellectual pursuits, but their social and emotional needs as well.

As 5th grade teacher at Casey Elementary in Austin, TX, Mr. Woodall is known for his love of science—even being lovingly referred to as “Mr. Woodall, the Science Guy”—and the strong professional relationships he builds with his students.  He is committed to building a classroom culture where every student feels a part of a safe community.  He also sets high standards and expectations for his students, pushing them to live up to their fullest potential, without fear of failure.

Mr. Woodall is a product of the same district in which he teaches—Austin ISD—where he finished elementary school and remained for all of middle and high school.  After graduating from the University of Texas at Austin with a major in Elementary Education, he found himself teaching in the same city where he grew up.  Now, he frequently uses the Outdoor Learning Lab that Out Teach constructed on his campus last year, and lets his students lead and direct their own learning through exploration and real-world experiences.  Thanks to the strong mentor-mentee relationship he has built with his students, he can release them to explore the space while knowing they are actively engaged in their learning at all times.

After working with him this year, Out Teach Instructional Coach Sammy Wren said “Mr. Woodall is great at asking questions of his students, which is an essential part of experiential learning.”  During discussions of what they’ve discovered, his students use critical thinking and are able to verbalize their thoughts, thanks to the great open-ended questioning from Mr. Woodall.  He clearly has a passion for teaching that is infectious, and that enthusiasm spreads to his students every day.  His passion for teaching Science specifically is also obvious, as he encourages his students to “see science happening” in real world situations that tie directly into their lives.

Please join Out Teach in celebrating Mr. Woodall for the incredible work he does leading his students in experiential learning!